The Power of Intimate Attention: How To Stand Out, Build A Tribe, And Change The World

By Kevin on February 27, 2017 in Entrepreneurship, leadership
5

How can you compete when you don’t have money, brand awareness or even a track record?

You are a solo consultant, executive coach, or a fitness trainer. You’re an author, speaker or entrepreneur. You are an artist or musician. 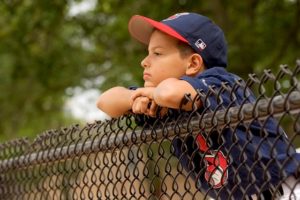 Are you ready for the ultimate secret?

“Oh my gosh, I got picked as Monkey of the Month!” My daughter, Amanda, 16 years old at that time, just got this special honor from rising pop star, Max Schneider.

Justin Bieber fans are called Beliebers. Lady Gaga fans are called Little Monsters. And Max Schneider for some odd reason—I’m sure my daughter would tell me, but I’m not asking—used to call his fans Schneider Monkeys (they’re the Max Squad now). Apparently, each month Schneider picked one person who had been especially active promoting him on Twitter and he acknowledged their efforts by naming them “Monkey of the Month.”

Last summer, my daughter Natalie was surprised and excited when a professional photographer, Marco Secchi, followed her back on Twitter and even retweeted her tweet.

And my son, Owen, now 13-years-old, records himself playing video games and uploads them to YouTube. He gets very excited every time a big “YouTuber” (i.e., YouTube video star) likes or comments on one of his videos.

My teenagers get very excited when they get some kind of attention from a “celebrity.” It doesn’t take much. A simple “like” on a tweet. A simple “cool video” comment on YouTube. A simple name check when doing a Q&A session.

And what does this have to do with growing your business?

While conducting research for my book, I stumbled upon a great article by author, speaker and founder of Convince & Convert, Jay Baer. In “11 Things Donald Trump Stole From the Gary Vaynerchuk Playbook,” he wrote:

“Gary (and Donald Trump) share a superpower in their ability to make people feel like they are having a private conversation with them, even in a crowded room. This is the gift of intimacy through attention, and it’s a rare one.”

I was struck by that phrase, “the gift of intimacy through attention.”

That’s the phrase that describes the power of one-to-one authentic connection; of saying thank you to one person at a time; to answering every question you get asked.

While Baer used that phrase to describe how Vaynerchuk connects so personally in a live setting, I think it’s just as true of how “GaryVee” connects with so many of his fans on a daily basis.

I’m not talking about how Vaynerchuk or others “authentically” reach their masses of fans through raw video clips of their daily lives and stream of conscious thoughts.

I’m talking about how Vaynerchuk has spent thousands of hours tweeting back to one person at a time, and how he’ll solicit questions on Snapchat and record video answers to each individual follower.

Ricky Henderson And The Value Of A Wink

While writer Jay Baer coined Vaynerchuk’s approach “the gift of intimate attention,” Vaynerchuk himself calls it something totally different: “The Rickey Henderson Effect.”

In a 2014 post on LinkedIn, Vaynerchuk tells the story of what happened when he was 10 years old, attending a Yankees game:

“Rickey Henderson catches a fly ball to end the inning, and as he runs into the dugout, he looks up, he looks me directly in the face, and he winks.

Rickey Henderson didn’t just doff his cap to all the fans down the first base line; he gave a personal, private wink to one young fan.

The Power Of Intimate Attention

We live in an age of “bowling alone” where we barely know our neighbors and even “social” media primarily consists of us blasting each other with links to articles, cat videos, memes and inspirational quotes.

So going back to where we started… how do you beat your competition? How do you compete against the Goliaths?

While Goliaths are sending email blasts to thousands of subscribers on their list, you will send one email to a real person.

While Goliaths are busy updating their social media pages with memes, you will answer a question for one person in an online group.

While Goliaths are using social channels as a bullhorn, you will use it to start a real conversation.

Simply put, the secret is to connect with one person at a time.

Kevin Kruse is the author of Text Me! Snap Me! Ask Me Anything!: How To Use The Power of Intimate Attention To Build Your Brand, Grow Your Business and Change the World.

51 Tips To Win At Life (Reflections On My 50th Birthday)
Why I Write Every Book For Gussie LaJean Crittle, And You Should Too